Cadiz Spain is one of my favorite beach towns. The beaches have character, beauty and are fun.

Cadiz claims to be the oldest continuously inhabited city in the western world. Originally settled by the Phoenicians around 1100 B.C.

It is the same port that Christopher Columbus set sail from to the new world and Cadiz became wealthiest port in the western world after the Guadalquivir silted up. Today Cadiz has a population of around 160,000 in the city proper and about 650,000 in its suburbs.

The city itself has had a decline in populations as there is little area to grow. Cadiz Spain is worth the visit especially if you like to get away from the overcrowded tourist areas. It really is very easy to get to, especially by train. Cadiz even has an airport close by, La Parra Airport or the Jerez airport is only 21 miles from Cadiz. 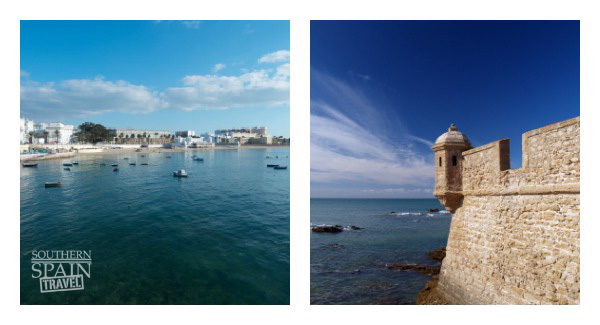 There are a few beaches in this coast town. La Playa de la Victoria is the beach most frequented by tourist and locals as it has few rocks in the ocean, moderate waves and is the largest beach in Cadiz Spain.

Here are some other good reasons to visit Cadiz Spain:

Comfort - You can rent chairs and cabanas there…since you didn’t bring yours it makes it easy for laying out.

Clean - They have bathrooms and outdoor showers to rinse off. Not to be girly but it’s nice not to feel sticky from ocean on your way back to your destination whether it's in Cadiz or any other town.

Convenient - Cadiz is the last stop on the local train. So whether you are coming from Seville for a day trip or you flew into Jerez de la Frontera Cadiz is very easy to get to. Also, you are only a short walk to the beach from the train station. No taxi, no bus, no car rental needed just a diesel. You're good ol' feet will get you anywhere you need to go. 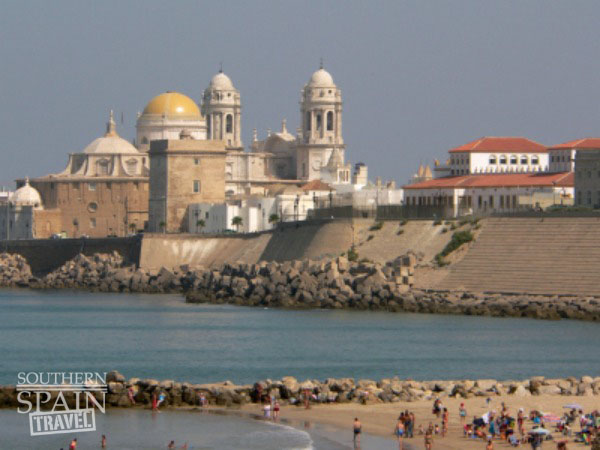 Things To Do and Attractions in Cadiz Spain

Where to Eat in Cadiz Spain

Good authenic spainish food with old world charm. Great tapas, good portions…may be a wait, but if you don’t mind, stand at the bar and you’ll be served quicker.

A little off the beaten path and challenging to find, but that’s where you find the good places! This restaurant has great food, a good chef, and very authentic. Sit outside in the relaxed plaza and enjoy!

This restaurant serves up Argentinean, South American, Peruvian and Eclectic type cuisines. If you’re in the mood for something else besides Spanish tapas food, try this dining. Not on the cheap side, it does have fantastic cuisine and a fun experience if you are a foodie. It’s also a place where you can get a meal with courses if you prefer that one day…

Great for gourmet tapas or a lazy lunch, this place serves up great atmosphere and food. It’s on the modern side and offers two floors of seating.

Excellent sea food but will most likely busy in the summer months because of the beachgoers. Nevertheless, it’s a solid restaurant with yummy seafood, including hard to find items. Located on the seafront at Playa de la Fontanilla.

For when one wants to eat in elegance try Cafe Royalty.

Where to Stay in Cadiz Spain