Situated along the Guadalquivir, Cordoba Spain's attractions are the Mezquita mosque and beautiful patios


Cordoba is a cute little town known mostly for its mosque, turned catholic cathedral, the Mezquita. Aside from Granadas Alhambra, The Mezquita is Europe's next best Islamic sight, a grand and amazingly well preserved mosque dating back to A.D. 784. And it’s a great representation of southern Spain's past of Islam and Catholicism.

Cordoba Spain has a grand Moorish and Roman past, and served as a regional capital for both empires. The Mezquita takes you back to the time where it was a thriving and sophisticated culture. It was a place where enlightened thought, artistic expression, philosophy, and science flourished when the rest of Europe was in the Dark Ages.﻿﻿ 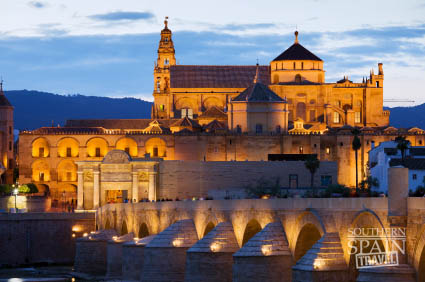 The Juderia, the quarter with Jewish neighborhoods and flowery patios are another special thing about Cordoba. Both the Mezquita and Juderia are located near each other making it convenient to visit both. The rest of Cordobas sights are in a close distance to the Mezquita, including the Alcazar, a former royal castle.

Cordoba has a population around 300,000 and is small enough to see a shepard herding sheep through town but large enough to find all the conveniences of a modern city. 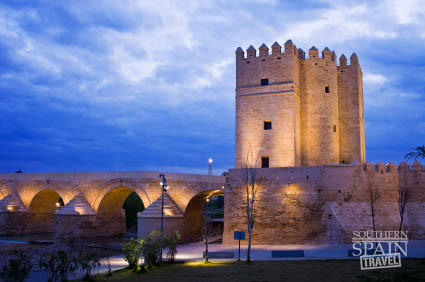 This is a great town that deserves at least one night and two days. While it’s not as exciting as Sevilla or Granada, it does have some amazing characteristics and should be seen. The great thing about Cordoba is that it is so convenient to visit because it is along the Ave bullet train line. If you’re going to Madrid to Seville, or vice versa, it’s convenient to take a stop here. Only 45 minutes from Sevilla or one hour 45 minutes from Madrid. It also has connections to Malaga, Granada, Ronda and Barcelona. While Cordoba Spain has no metro system is does have an excellent bus system. Bus maps are available it the tourist information centers and tickets and be purchased at most kiosks. 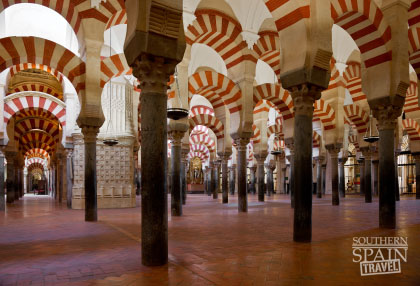 Things To Do and Attractions in Cordoba Spain

Where To Eat in Cordoba Spain

You gotta love this place! Fresh and creative in the décor and menu. It’s in a great location with walking distance to many hotels. They offer good service and great value. While it is small inside it’s contemporary menu is a bit different then the usual tapas.

Cordorba is known for Salmorjero (cold tomato based creamy soup, similar to gazpacho) and this restaurant has great options for it. This place has lots of locals and few tourists, until they all find out about it! Serves tapas and other traditional Spanish food.

This restaurant is super cute and is located in the jewish section near the synagogue. If you’re tired of the traditional Spanish tapas, this is a good option as they serve up Mediterranean choices.

Good location but in a touristy area, it has good food and a menu in English if you prefer. It’s only two minutes from the Mezquita. Serves Spanish tapas with some Mediterranean options.

Where To Stay in Cordoba Spain