Malaga was founded by Phoenicians before the roman era. It has become the second largest port in Spain and a nice vacation town due to its 324 days of sunshine a year.

This city is the capital of the Malaga provence. There are about 1.5 million inhabitants in the Malaga province and a quarter of those people live in Malaga proper. Malaga Spain is backed by mountains keeping the cooling northern breezes out and the Mediterranean keeps its temperature moderate year round. This micro climate has made Malaga a major beach destination for Spaniards, and all its northern neighbors. Its main attractions are conveniently located in the center of the city surround by the cathedral.

Because it is situated along the coast, most people fly into Malaga Spain and go to beach towns around Malaga. They have a large airport and good transportation options. Good seafood and the beaches is the biggest draw.

Malaga is sophisticated but has an andalucian feel. It has lots to offer including musuems and tapas bars. They do not have many tourists, so if you want an un-touristy town this might be your pick.

﻿The best attractions, in my opinion, are Pablo Picasso's house and the roman ruins. If you only can pick two things to do in town, pick those. 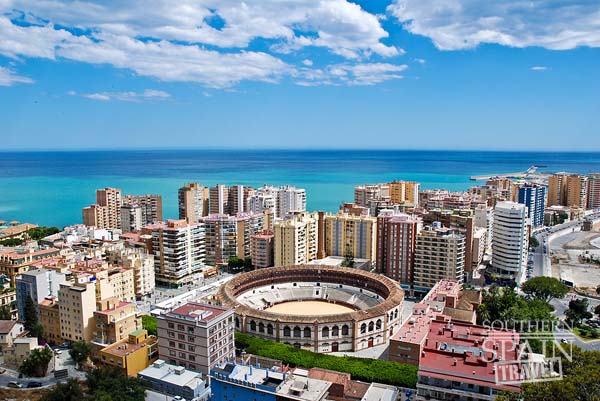 Things To Do and Tourist Attractions in Malaga Spain

Where to Eat in Malaga Spain

A great little restaurant with fantastic food at a good value. It is small and popular but worth waiting if you have to.

Great location with a good wine list and authentic Spanish food. They are heavy on the meat dishes, but they are wonderful and of good quality.

While not for everyone's tastes, this restaurant is vegan and gluten free. A really inventive menu and pleasure to eat at.

This place has tasty tapas and is in a good location. It has a good range of options, including some veggie fare.

This restaurant is warm, welcoming and has great food. Try the paella, you’ll be pleasantly surprised.

Where to Sleep in Malaga Spain